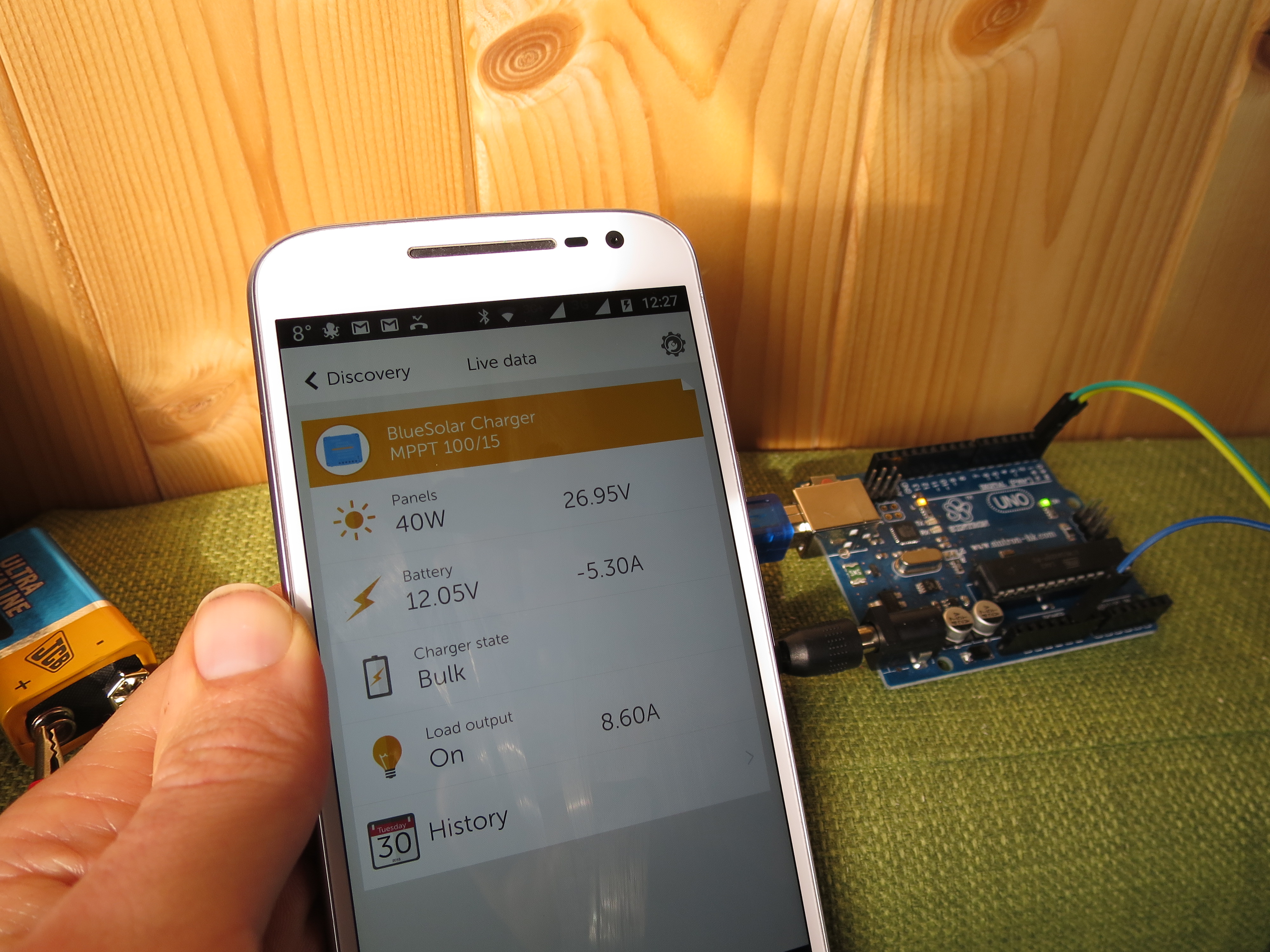 A week ago my new MPPT solar controller came in the post. Along with it was a ve.direct usb cable that allows you to plug the solar charger into your PC or phone to see the readings and change settings. This is really useful and it got me wondering if I could integrate it with the arduino I have in my van. I had a look online and there were a few projects with raspberry pi and I found a guy on an Aussie forum who used his with an arduino.

With a bit of experimentation I found that you can connect the serial connections on the arduino directly to the solar controller and save on the cost of the ve.direct cable (oddly it’s also more reliable than using the proper cable as some times the charger resets and loses the history for the current day with the proper cable) With the arduino plugged into your computer the victron app will run just like it would if you were using the proper cable and it works fine with the OTG on my phone too. So save yourself a few quid and use an arduino to connect. I made up a custom lead with the proper connector, it’s JST PH connector (ebay link)

Now that’s all great that I can hook it up to my phone and PC but what I really want is to get the data wirelessly from the charger. Victron sell a bluetooth cable at £50ish but this seems a bit steep to me. I already have an app on my phone that wirelessly connects to my arduino. This lets me see the temperature of my van, shows fresh and waste tank level and the voltage of my main and starter batteries. It also lets me turn on the inside / outside lights, split charge relay, switch batteries from leisure to starter and turn on the propex heater. I’m keen to keep everything in one place and I was happy to see that it’s really easy to grab the data from the solar charger and process it with the arduino. Every second the charger sends out some human readable, formatted text (Described in this PDF) that’s easy to understand and work with. If that’s not enough you can download the pdf named ‘BlueSolar-HEX-Protcol‘  and learn how to read and set even more data than even there designated app will allow.

Other thoughts: The solar charger can power up to 10ma constant or 20ma peak through it’s coms port. This should be enough to power a BLE bluetooth module such as the HM-10. I expect if connected directly then it would be possible to read the data from the charger over bluetooth. Unfortunately victron use a seperate protocol for bluetooth so I doubt it would work with their app unless some kind of port forwarding could be used to make it appear as though the bluetooth data is being sent through the usb port. 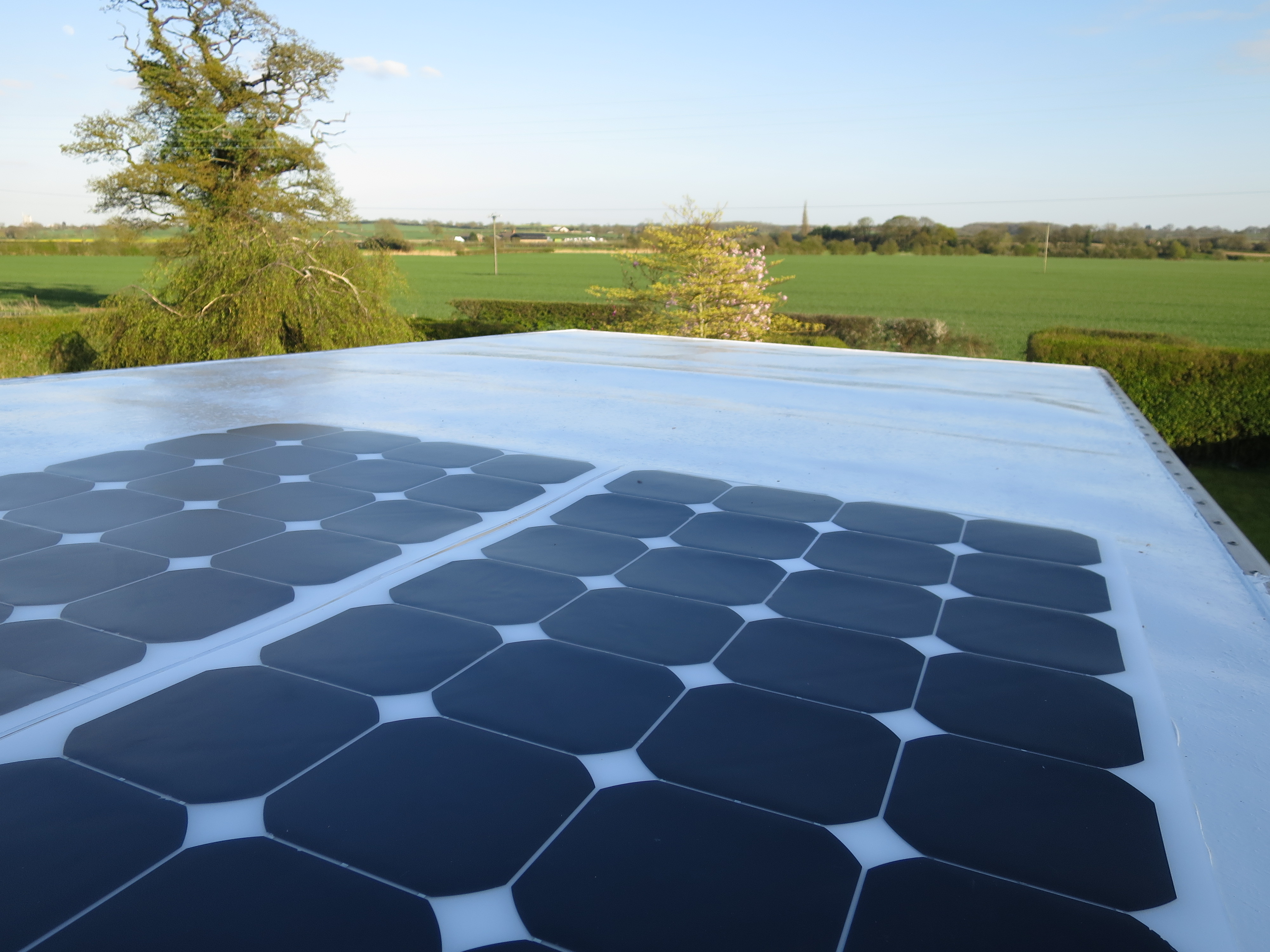