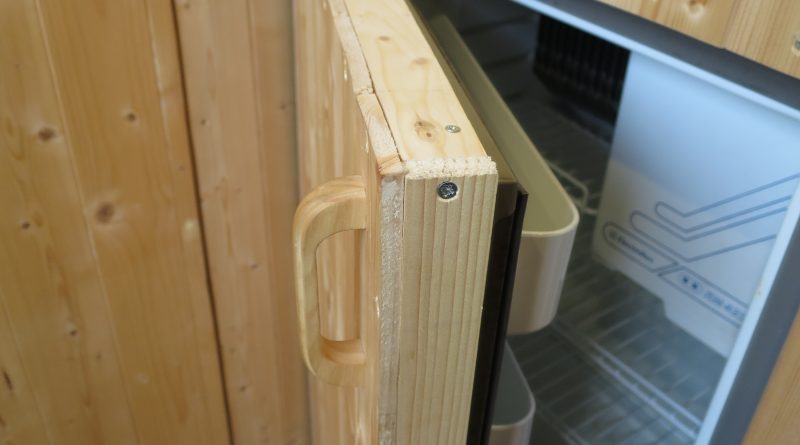 The fridge for the van was one of many bits and pieces I got out of the old scrapper of a caravan I bought. There’s loads of info online about electrolux fridges as they have been used in caravans and motorhomes for years. They are 3 way ‘absorption’ fridges and they work a bit differently to compressor fridges that you would have at home but they make use of the same principal of evaporation to achieve cooling. The fridge has had plenty of use in the van now and after getting it back to working order it has been hugely useful. Even the small freezer box works well and is perfect for the odd ice cream.

When I got the caravan I tried to test the fridge before I removed it. These fridges are designed to work on gas, or 230v/12v electric. When testing, it was only the 230v that I could get working. The gas wouldn’t light and the 12v didn’t seem to work either. Fixing the 12v was nice and simple I just needed a new switch, I looked on ebay and found one for a couple of pounds. At the same time I got a replacement 230v switch as this had been slightly damaged. The switches are very easy to change over and the old ones just lever out once the retaining clips are depressed.

The gas was a little trickier to fix but still not a difficult job. I did a bit of research and found that the burner jet often gets clogged up. I managed with some difficulty to remove the union nut from the burner and inspect it. Sure enough the burner was corroded and the jet was clogged with rust and dirt. I soaked the burner and the jet in vinegar for a couple of days to tackle the corrosion and then scrubbed off what the vinegar didn’t manage. After cleaning and refitting the gas has lit and stayed lit fine. Below is a photo of the burner and jet along with the crap that came out of them. 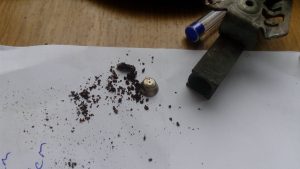 Before I fitted the fridge I did some research as to where I needed to cut into the van for the vents. The fridge has two vents and they need to allow good air circulation over the condenser at the rear of the fridge for it to work effectively. After a bit of research it came to light that I needed to add baffles to the van internal wall to aid the airflow as my fridge wasn’t going to sit snug to the wall. Without these the air would not flow over the cooling fins of the condenser. I simply stuck a spare bit of corex insulation board to the wall with expanding foam to act as a baffle and it’s been working well so far.

As this fridge was made in the 80’s it’s not the prettiest or most modern design. I decided to attempt to clad the front with the same pine cladding used elsewhere in the van. I had to drill into the side of the door but I am very happy with the final result. 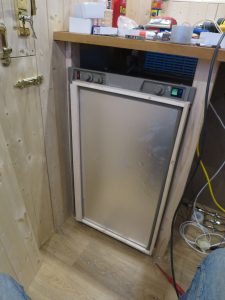 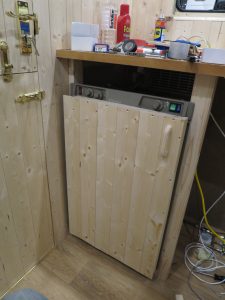 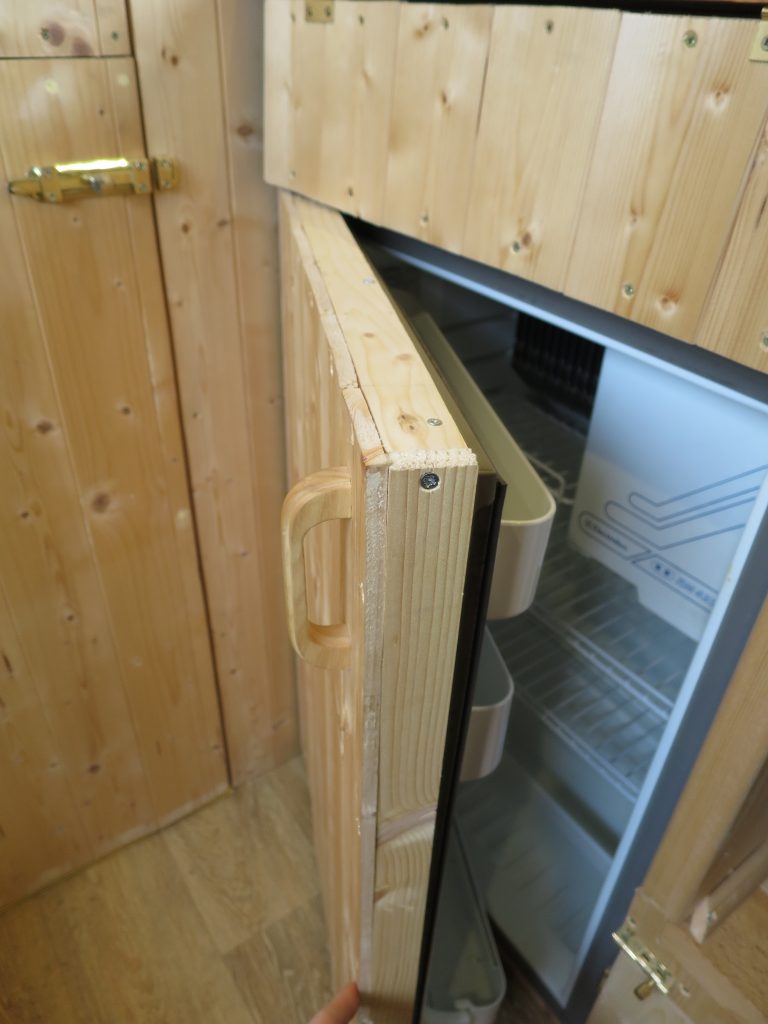 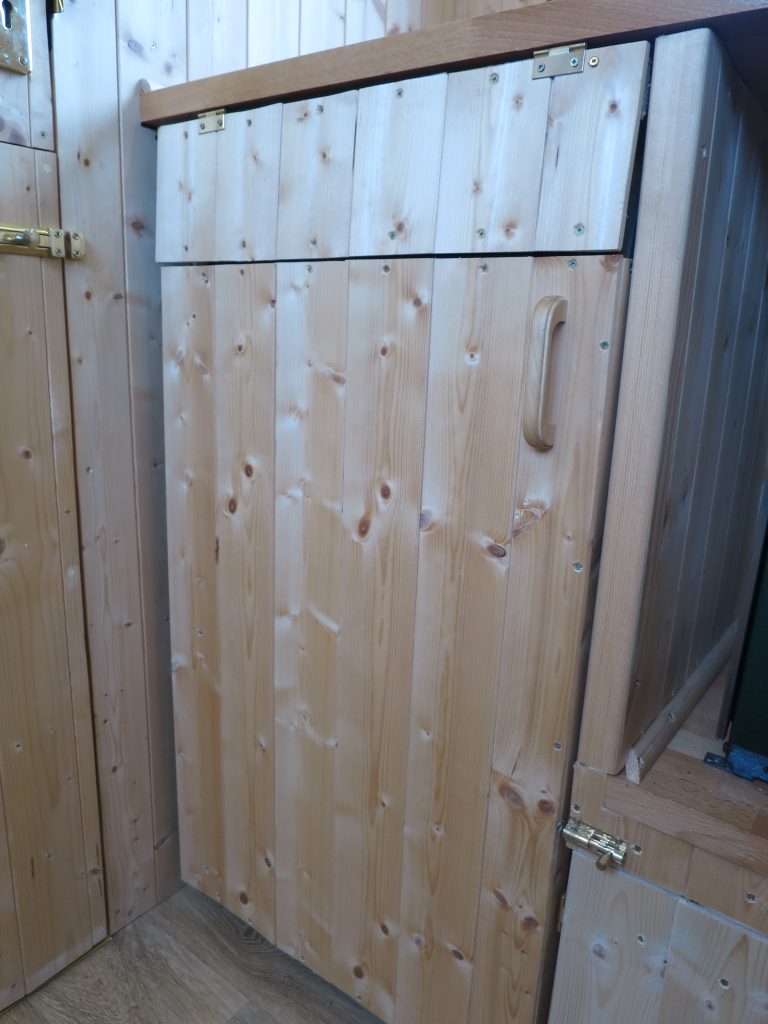 Below: The top hinged panel allows access to the fridge switches and controls. 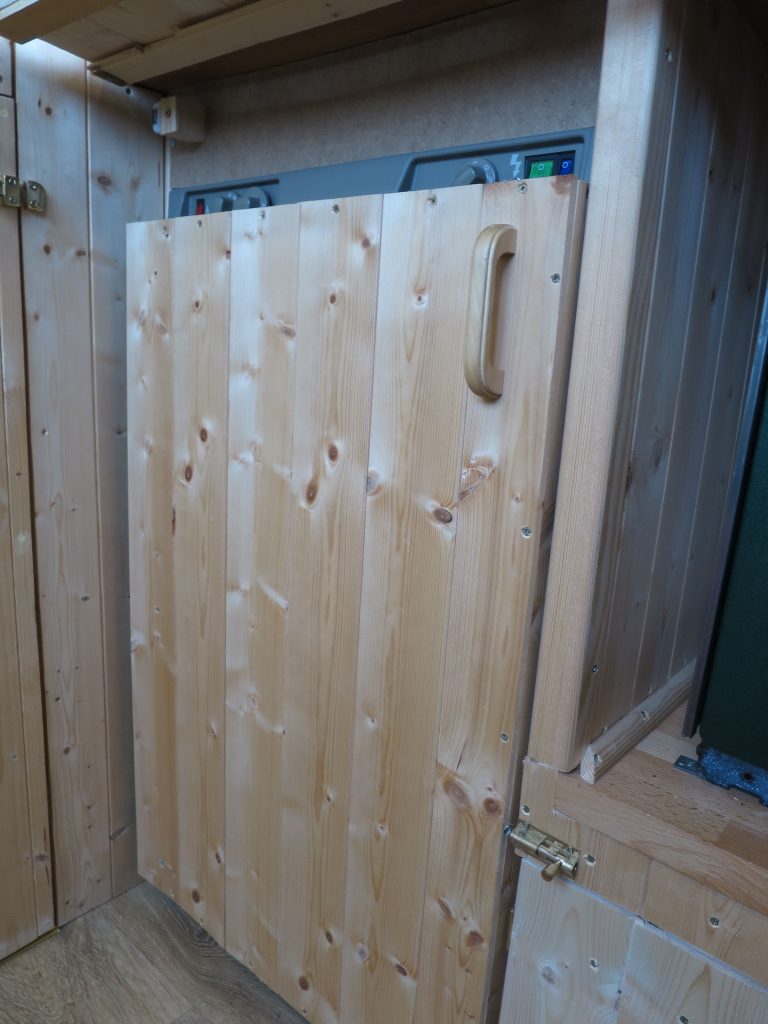 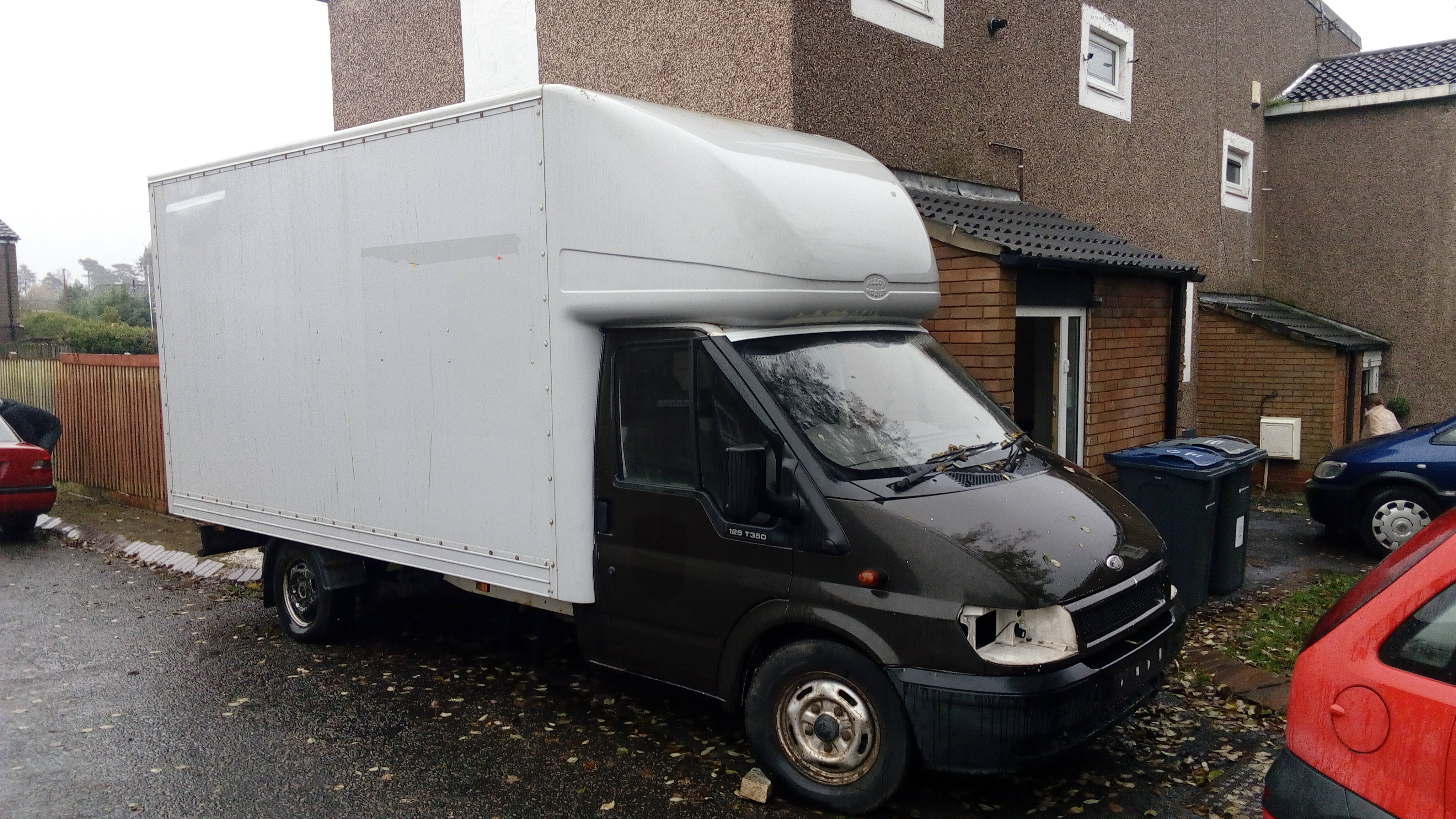 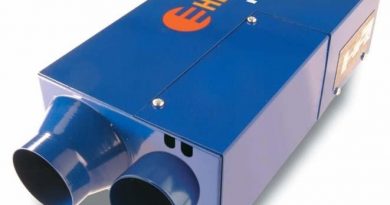 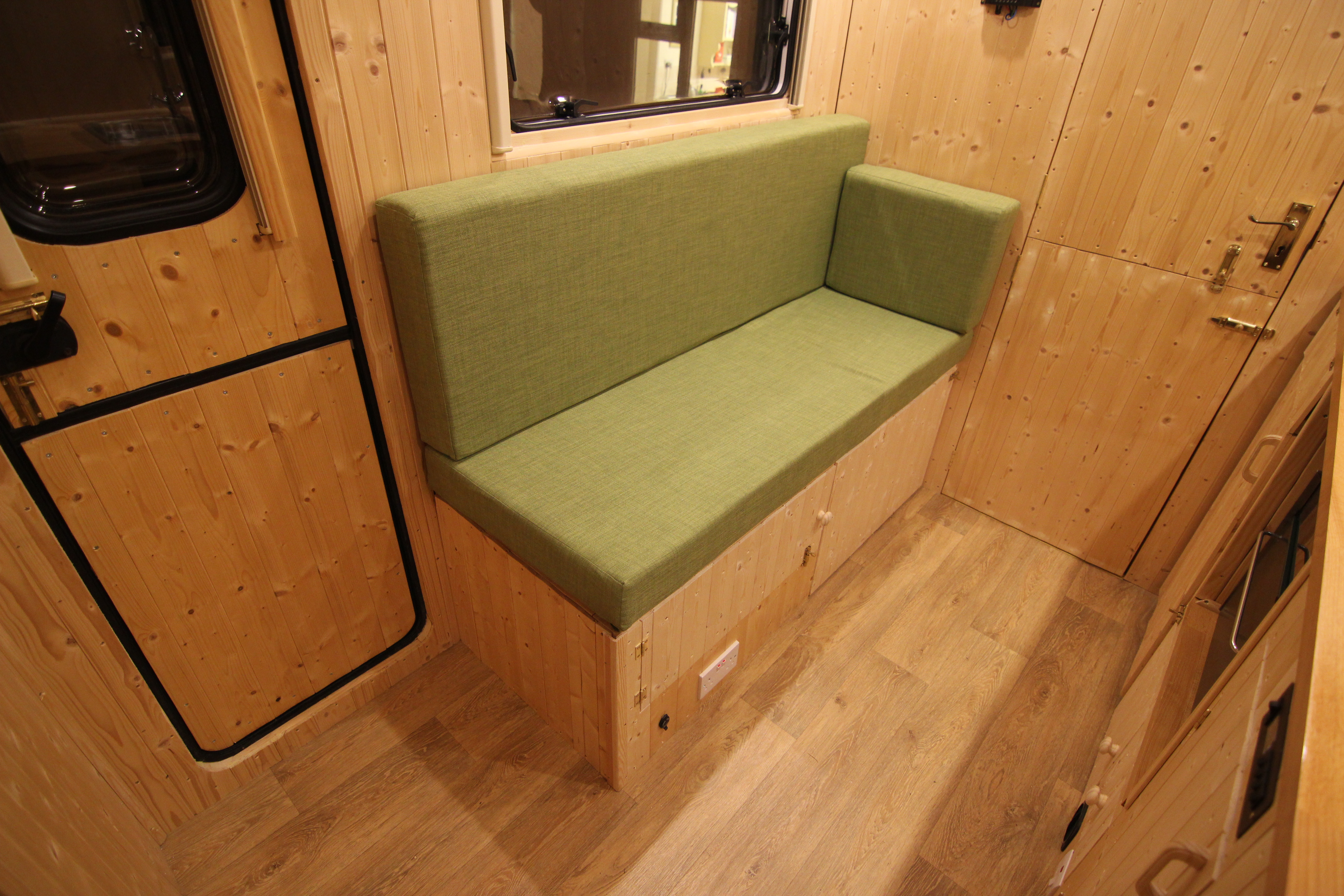