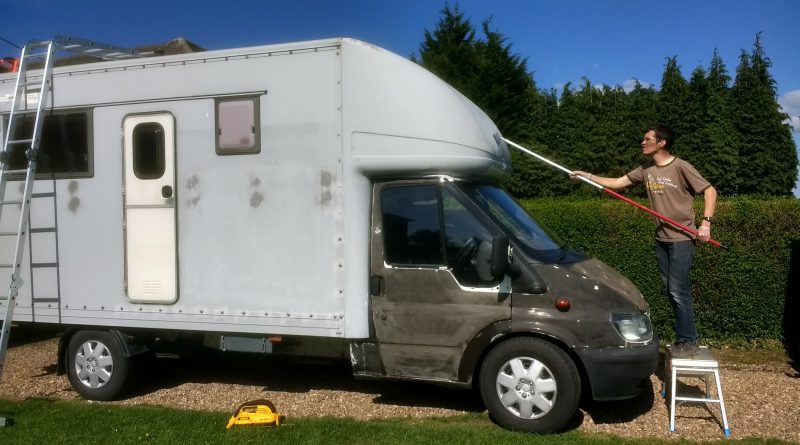 Since I bought the van I had wanted to repaint it. It had been a UPS van in it’s previous life so it had been painted a dull brown and grey, not only that but it had been painted badly, the paint was flaking off in places and had a poor finish. I had wondered at getting it resprayed but it was just too expensive for me to justify that kind of money, I later heard of people painting their vans with roller using CombiColour paint and getting good results, I decided to look into it.

I came across loads of info on forums and watched a few short youtube videos on hand painting technique and then decided to give it a go. Preparation was the first big task, I had a few holes to fill on the Luton body of the van where I had taken two full length rails down that went the full length of either side of the van, the front bodywork also needed a few body filler repairs. I then set about sanding down the whole van, Luckily I had an electric sander but that only lasted a while before it packed up (I later managed to repair it but not before having to sand a fair bit by hand)

Preparation takes AGES! To get a good finish prep is key so it’s important not to cut corners as the last thing you want is peeling paintwork or rust creeping through.  After much work the prep was finished and I could move on to the more interesting part of painting!

I ordered two 2.5L tins of paint. One was the standard white colour but for the front I went for a blue which is one of the mixed colours you typically pay a little bit more for. A 2.5L tin of white was about £30 and the blue mixed to order paint was £36. After 3-4 coats of a big van I still have about 1/3 tin of white and 1/2 tin of blue paint left.

One of the best tips I heard for getting a good result from the paint was to thin it down by 20%. I mixed in some cheap white spirits, this helps the paint dry faster and spread better with less visible defects. Another good tip to getting a good finish is to use a special brush called a ‘laying off brush’ you use this dry and just run it over the freshly layed on paint and it will remove any bubbles and spread out any thick bits of paint that may have otherwise run. I since have used some more expensive paint thinner but found the results better with white spirits as it allowed the paint to dry more slowly than the thinners which gives a better, smoother finish.

Here’s a few Link’s to equipment I found useful and the paint supplier I used.
Rustoleum CombiColor Paint 2.5L (ebay) £33 Standard Colours / £36 Mixed Colours
Abracs Poly Abrasive Discs / Wheels (ebay) – Amazing for stripping paint or rust back to bear metal. Use with a drill or angle grinder.
Hamilton Prestige Laying Off Brush (ebay) the brush to use after rollering the paint on to get a better finish
Rota Premier Mini Gloss Rollers (toolstation) You can get cheaper rollers but these ones last very well and give a good finish 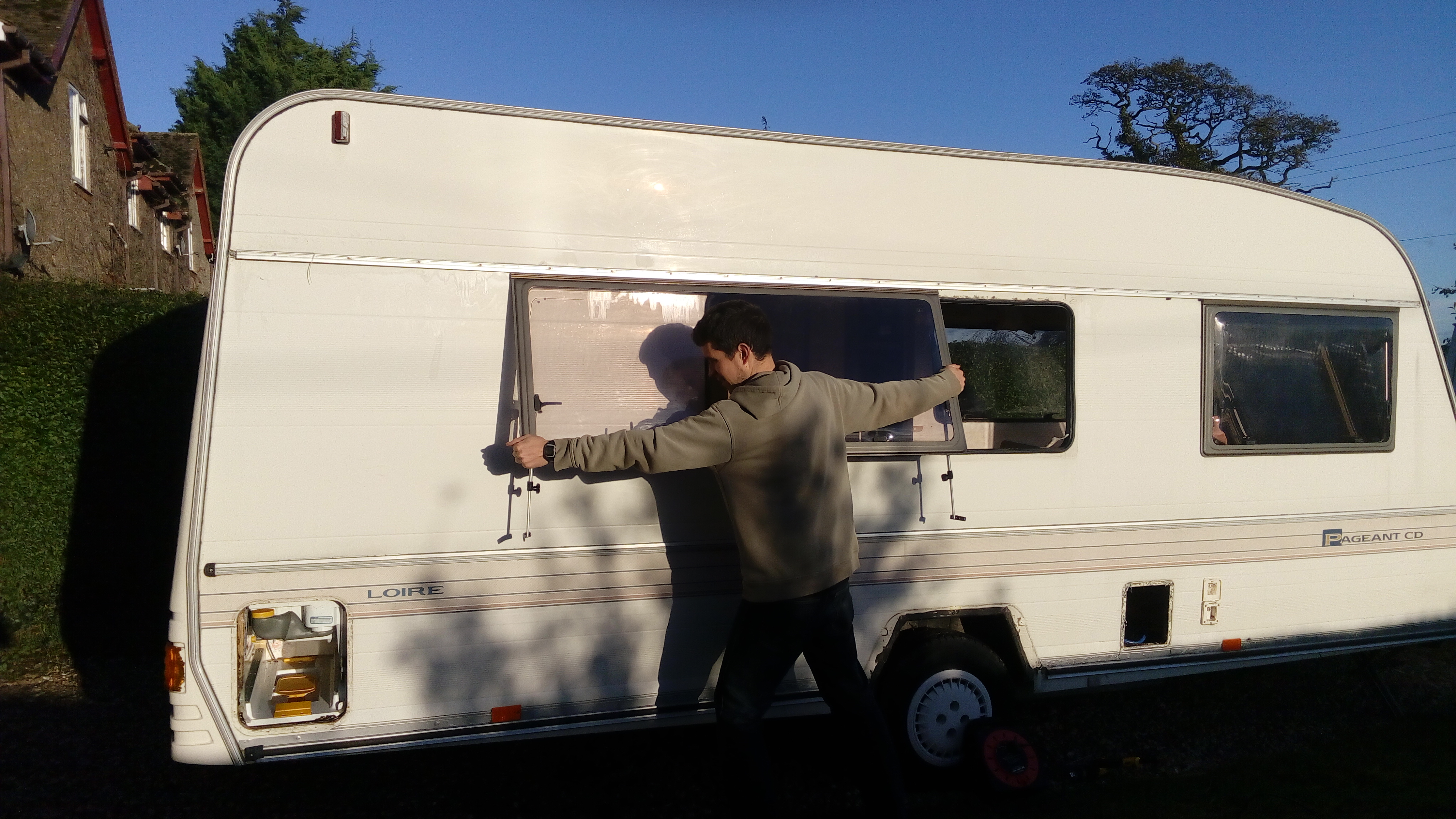 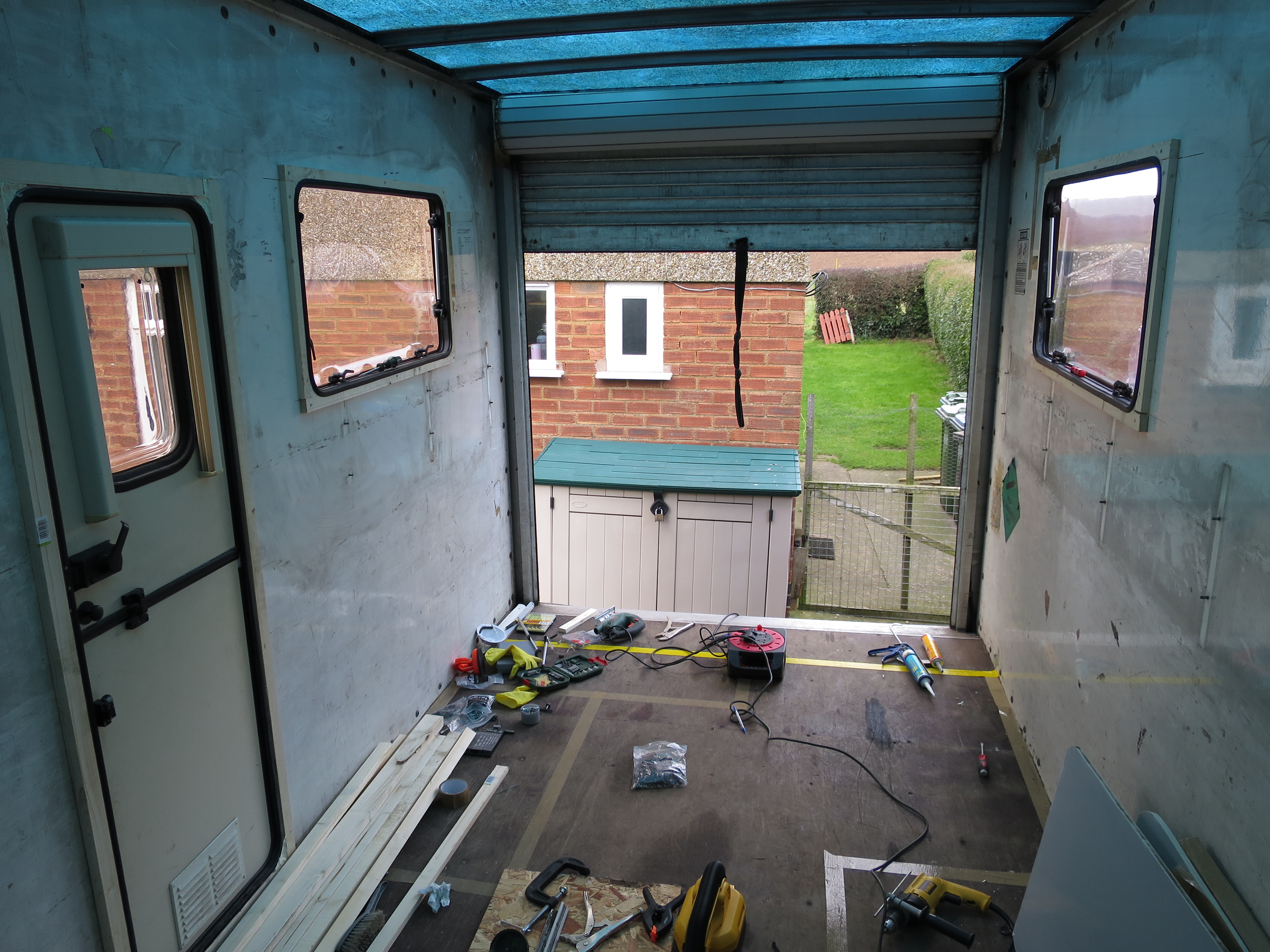 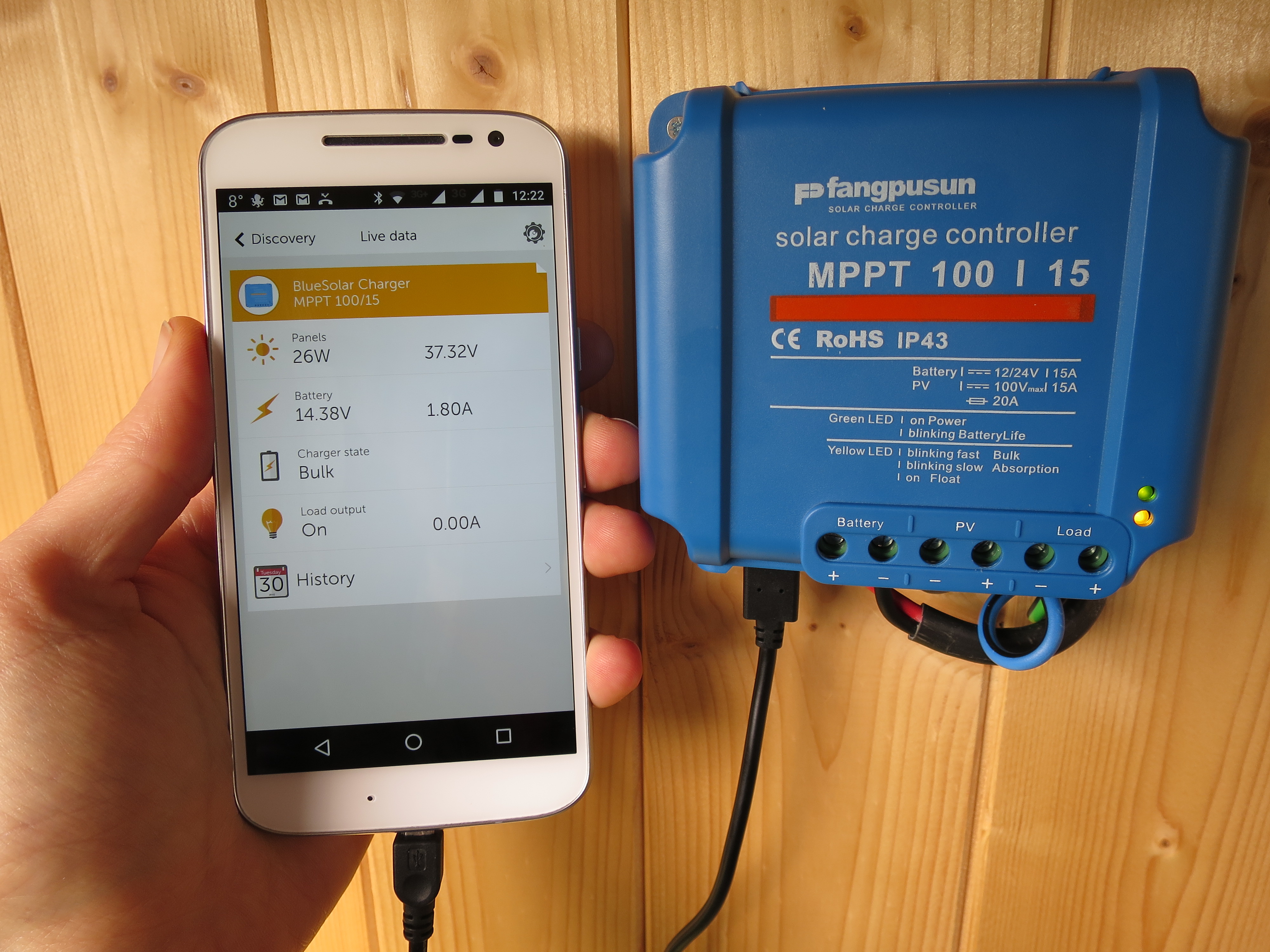